Orange finds himself kidnapped by Jigsaw, who wants to play a "game" with him. However, Orange wants to choose the game, angering him. Jigsaw explains the "game", the death trap, and all, only for annoyance by Orange, which was enough to make Jigsaw switch from Orange to Eggplant. However, Orange's annoying habits infuriate Jigsaw enough to leave. The television showing him turns off but then Eggplant is sliced in half by the death trap when its timer went off. Orange then ponders how he's going to leave the basement.

If you could pick anyone for me to annoy, who would you pick and why? 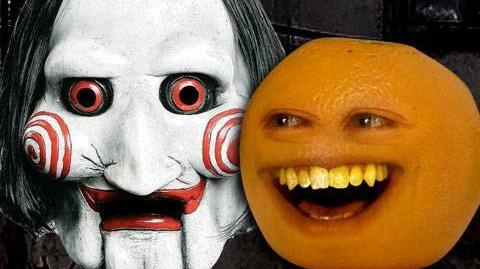