Orange was all alone in the kitchen. Just then, another orange comes into the kitchen. Orange then tries to annoy him but the Orange annoys him instead.

When Orange tries to crack jokes, the Orange interrupts him cracking jokes to him, until Orange gets very angry. Meanwhile, the Juicer appears, causing Orange to smile. The Orange then gets knifed while Orange happily looks at him, finally having peace and quiet. After that, a group of Oranges came much as his dismay about very annoying.

Fruity Question of the day

What's your favorite pun of all time? 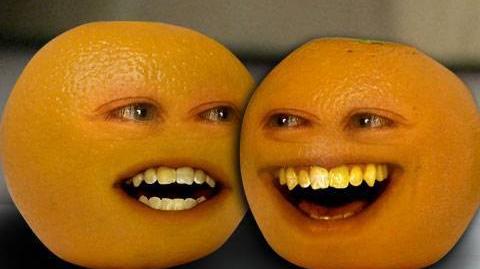