⚐ This Is The Official Wiki. For Fan-Fiction, visit The Annoying Orange Fanon Wiki 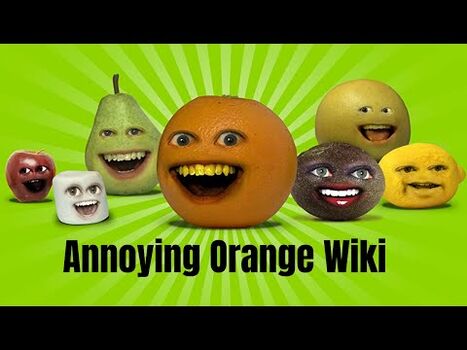 Welcome to Annoying Orange Wiki,
The official encyclopedia about The Annoying Orange that anyone can contribute to.
We currently have 2,613 English articles since our launch in January 2010 and 175,093 total contributions have been made!

The Manual of Style is a guide that is pertinent to all articles created that fall under the scope of Annoying Orange Wiki. It helps clarify the content and makes the encyclopedia much more simple for fans of The Annoying Orange to read. The goal is to make the entire encyclopedia more convenient for contributors to use.

In their opinion, not following the Manual of Style deliberately is still considered a kind of spam. It takes a user three chances before they can be blocked from editing due to disruption. However, this is not required on talk pages or non-article edits (see below).

UPDATE: Main Characters, such as Orange, are now available to edit.

Do not create anymore categories without an admin's approval. We have way too many and it was a total disaster. You can look at the list of categories here

An asterisk (*) indicates that the user is a bureaucrat

Article Of The Week

Apple is a minor character who appeared in the first episode of Annoying Orange.

Image Of The Week

Video Of The Week 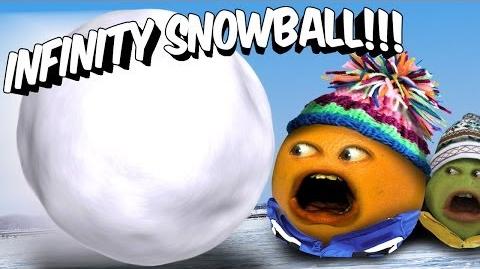 The 2020 Category project is a community organization project managed and operated by Loveable Cats. The main purpose of the project is to remove unnecessary and duplicate categories from pages so this wiki can be better organized.

Annoying Orange Wiki was launched in January 2010 by KooKooManGuy. At that time, the wiki was relatively small, garnering only a few more contributors. While the wiki was being started, there was only one thing in mind: making the best, most reliable, and cleanest reference source about The Annoying Orange. The Wiki started to grow drastically when Danny, the wiki's special and smart user, and Bryce, the wiki's king, started to contribute. Because of their participation, the wiki's persistent vandalism and spam have been erasing quicker and easier. Please help the wiki by cleaning up vandalism and building up stubs. Thank you for your participation!

The Annoying Orange is one of YouTube's most popular web series. It was created by Minnesota film student, Dane Boedigheimer (under the pseudonym Daneboe) and

his company, Gagfilms. The series originally started out as one video, but because of its growing popularity, Boedigheimer had begun making more videos, and Annoying Orange eventually became a successful web show, which has also launched it's own television series. The first videos were uploaded under Boedigheimer's YouTube channel daneboe, but then Boedigheimer created a channel dedicated to Orange. As of 2020, the channel is ranked the 622nd most subscribed of all time. More than 10,300,000 YouTubers have subscribed to Orange's channel.
Retrieved from "https://annoyingorange.fandom.com/wiki/Annoying_Orange_Wiki?oldid=178775"
Community content is available under CC-BY-SA unless otherwise noted.