None, but almost died in an explosion

Passion Fruit was purchased by Dane Boedigheimer along with Grapefruit at Trader Joe's. Orange had fallen in love with her at first sight, and was very forthright about his opinion of her appearance. They were both getting to know each other until Dane had taken Grapefruit out of the bag. Grapefruit got the notion that Passion Fruit was in love with him instead of Orange. Orange had mistaken Grapefruit for a "chubby orange", offending Grapefruit. Grapefruit was acting very hostile towards Orange, while Orange was annoying him. Passion Fruit eventually lost her temper and broke up the fight. She ended up scolding Grapefruit and Orange for their behavior until Grapefruit was knifed. After witnessing this, Passion Fruit was very frightened. Orange assured her that she would get used to the kitchen while sitting next to a nervous Pear. From then on she was the main tritagonist of the series. However, she was overshadowed by breakout characters and former joke fillers Midget Apple and Marshmallow. Passion Fruit is now the fifth, going on seventh position character. She has become the least active character on her social media pages and on the OrangeCraft server. Since early Season 4 she has appeared in episodes of the web series very rarely (almost as an uncommon but recurring character). However, she appears very frequently on the television series and remains the tritagonist there. Orange had revealed that he was as attracted to Passion Fruit as she was to him. However, they are too nervous to tell each other their true feelings. Numerous distractions have inevitably occurred to terminate the moment of answer to a long-asked question (similar to the many times Marshmallow nearly revealed his gender). However, she and Orange still remain very good friends (and it was anticipated that they would eventually get married and start a family).

Passion Fruit has recently went to Antarctica, where she met G.G. They became boyfriend and girlfriend, and returned to the kitchen. Orange & Grapefruit were upset and fought over her. Over time, Passion's feelings for G.G decreased, until they broke up, also because they were revealed to be cousins, leaving Orange to tell her how he felt about her and lighting up TNT to prove it.

Passion Fruit is a cheerful, calm, and pacific, with the actions somewhat of a teenage girl mixed in. Orange has a crush on her, though recently, Orange just considers Passion Fruit as one of his friends (this is probably just to hide his true feelings for her). She can get furious, sometimes when Orange talks about people in an offensive way, like when she discovered that he called Onion's mother a "funnyun with a bunion". Passion Fruit is very intelligent and is often shown resolving abysmal situations quickly.

Passion Fruit in her Angel Costume

Passion Fruit with her suitcases 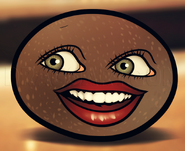 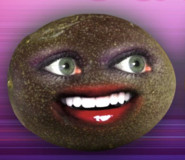 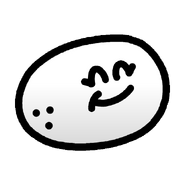 Passion Fruit in Draw My Life.

Orange as PSY with Passion Fruit and Pear on Horses. 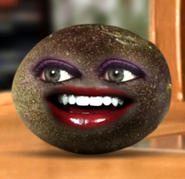 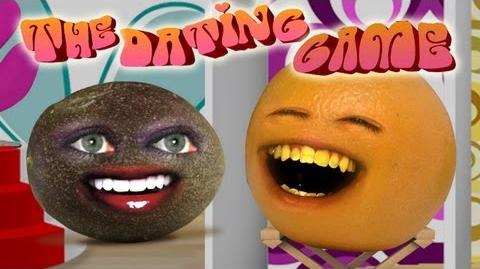 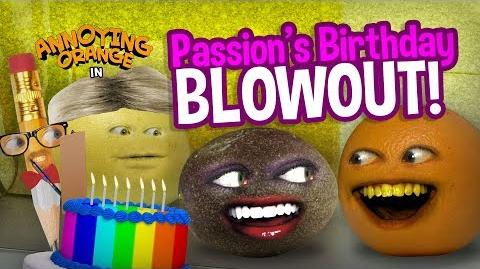 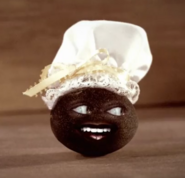 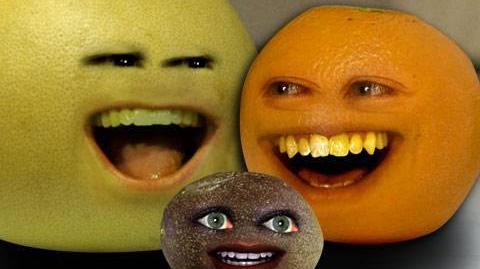 Annoying Orange - Passion of the Fruit

The Achievement Leaderboard has created a badge for this character called Passion Cute and is in the edit track, and can be awarded to you by registering and making ten edits on articles. It is a Bronze medal, meaning it is worth 10 points.
Community content is available under CC-BY-SA unless otherwise noted.
Advertisement